When we envisage the word ‘Precious’; we collide with many things that are atypically snobbish and typically eye-pleasing at the same juncture, One of those things that inclines both the sexes is Gemstones without any qualm.
We also consider it a good idea to get introduced to the fact that gemstones don’t only exist as ‘Precious Substance’ on the element chart, their characteristics include a ‘Semi-Precious’ penchant too. But, what exactly makes Precious and Semi Precious Gemstones to be called so? All Gemstones are pricey, but the Precious ones like Diamond, Ruby, Sapphire and Emerald are more because of their unshakable endowment of rareness, hardness and refraction capabilities; Semi-Precious Gemstones on the contrast are less infrequent, relatively softer, are less Refractive.
So, after reading what’s waiting for you, you wouldn’t need a dictionary to swell your ‘Gem Glossary’.
Diamond – Popular as Duke, Gorgeous as Duchess and Exorbitant like a Prince. Diamond Jewelry is obviously rare like Imperial Families and compares to their canon that took 1000s of years to have formed. Jewelry based Diamonds are selected on the decisive factors like cut, clarity, carat, color. Diamond exists in 300 colors and hues. 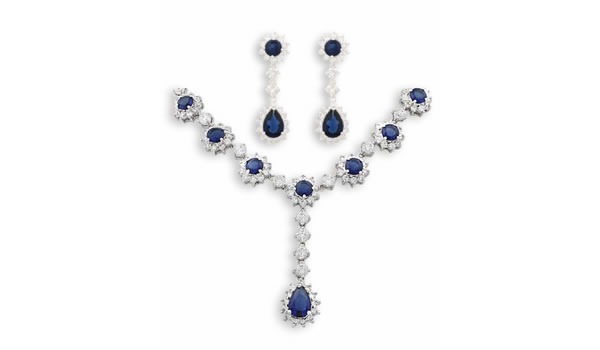 Sapphire – It’s is the second hardest substance in the list. Sapphire is allied to blue shades; Fancy Sapphires vary from pink to yellow in hues. Sapphire is easily a part of an expensive jewelry because of its religious links and traces of its existence since back then.
Ruby – If Diamond is the King of Precious and Semi-Precious Stones, then Ruby surely is the Queen. Ruby is a Reddish-Pink. It deeply infatuates the Lovers because of its shade that symbolizes Love. IT is Highly Prized because of its roots in the Chinese History.
Emerald – Emerald is Grassy Green to Deep Brilliant Green Gemstone. The First Emerald is believed to be mined beneath the land of Egypt and was a part Queen Cleopatra’s Jewelry. This Lush Green Precious Stone melts Red Hearts with sheer dexterity.

Different Types of Emerald Jewelry and How to Select Them If there subsists a colored gem jewel that is as alluring as hazel eyes, it…